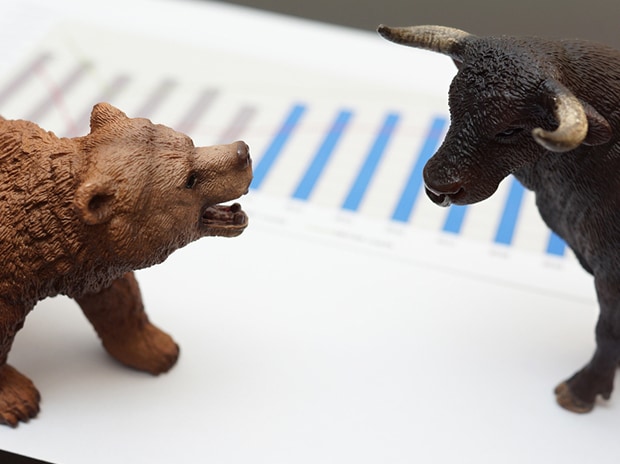 Weak global sentiment scarred bulls on Monday as heavy selling in the financial and banking counters outweighed the gains in pharma, IT, and FMCG space. Asian stocks were mixed while European markets bled as a plunge in the Turkish lira sparked talk that capital controls might be needed to stem the rout.


The dollar soared 12 per cent versus the lira at 8.05, the sharpest move since August 2018, after President Tayyip Erdogan shocked markets by replacing Turkey’s hawkish central bank governor with a critic of high interest rates.

The uncertainty saw Japan’s Nikkei fall 1.6 per cent, partly on speculation Japanese retail investors could face losses on large long positions in the high-yielding lira. However, MSCI’s broadest index of Asia-Pacific shares outside Japan added 0.3 per cent, aided by a 0.7 per cent rise in Chinese blue chips.


In Europe, concerns over the currency and prolonged lockdowns in Germany and France pushed stocks lower, with banks and travel shares taking the biggest hit. The pan-European STOXX 600 fell 0.5 per cent. The German DAX was down 0.5 per cent, while France’s CAC 40 fell 0.9 per cent, and the UK’s FTSE 100 dropped 0.8 per cent.


Tech M, Sun Pharma, TCS, HUL, ITC, and Dr Reddy’s Labs were the top gainers on the Sensex while Adani Ports, Britannia, Divis Labs, and Cipla were the additional gainers on the Nifty. All these stocks gained between 1 per cent and 5 per cent.


On the downside, IndusInd Bank, Power Grid, ICICI Bank, Tata Motors, HDFC Bank, Reliance Industries, and Axis Bank, down up to 4 per cent, were the top laggards on both the indices.


The broader markets, on the contrary, exhibited strength and settled firm. The S&P BSE MidCap and SmallCap indices ended 0.99 per cent and 0.73 per cent higher, respectively.


Among individual stocks, shares of Adani Green Energy (AGEL) were locked in 5 per cent upper circuit at Rs 1,251, also its new high, on the BSE after Adani Renewable Energy Holding Fifteen Limited (AREHFL), a subsidiary of the company, received Letter of Award for 300 MW wind project.


Those of Vidhi Specialty Food Ingredients hit a new high of Rs 213.55, up 13 per cent on the BSE in the intra-day trade, on expectation of strong demand going forward. The stock has rallied 52 per cent in the past one week as compared to a 1.7 per cent decline in the S&P BSE Sensex.


Lastly, shares of Intellect Design Arena surged 9 per cent to hit a new high of Rs 733.50 on the BSE in intra-day trade. The stock has rallied 69 per cent thus far in the month of March on expectations of a strong revenue outlook. In comparison, the S&P BSE Sensex has added 1.5 per cent during the same period.


In terms of sectoral performance, the Nifty Bank and Private Bank indices slipped 2 per cent each, while that of Auto, Financial Services, and PSU Bank eased up to 1.5 per cent. On the upside, the Nifty Realty, FMCG, IT, Pharma, and Metal indices were up in the range of 0.2 per cent to 2 per cent.


Top developments at this hour


>> India is likely to emerge as the world’s third largest economy in 2031 (fiscal 2031-32), suggests a recent report by BofA Securities. Besides, it says the GDP should touch Japan’s nominal GDP (in USD) that year. The projections have assumed 6 per cent real growth rate, 5 per cent inflation and 2 per cent depreciation. In 2017, BofA Securities had expected the Indian economy to achieve this feat by 2028, which has been pushed back now by three years due to the Covid-19 pandemic.


>> The union government has asked the states and union territories to increase the interval between two doses of Covishield vaccine, produced by the Serum Institute in India, to 6-8 weeks. The government said that keeping the existing scientific evidence in view, it appears that the protection from coronavirus is enhanced if the second dose of Covishield is administered between 6-8 weeks.


>> One MobiKwik System Pvt, the Indian digital wallet and payments startup, is targeting an initial public offering before September that could raise between $200 million and $250 million, reports Bloomberg. MobiKwik is planning to file its draft IPO prospectus by May for an offering in Mumbai that could value the company at more than $1 billion.