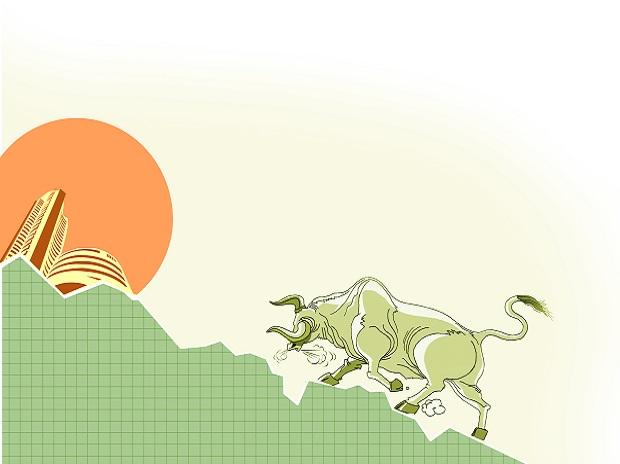 An upbeat mood in the global markets, ahead of the swearing-in of Joe Biden as the 46th President of the United States, catapulted benchmark indices to fresh record highs on Wednesday. That apart, expectations of hefty US spending after US Treasury Secretary nominee Janet Yellen urged lawmakers to “act big” to save the economy further bolstered sentiment. Domestically, gains in heavyweights like Reliance Industries, HDFC, Infosys, TCS, and ICICI Bank, too, provided the necessary support.


In the intra-day session, the S&P BSE Sensex hit a new peak of 49,874, surging over 450 points. The index eventually settled at 49,792 levels, up 394 points or 0.8 per cent. Tech Mahindra, Maruti Suzuki, Asian Paints, Reliance Industries, Infosys, and M&M gained between 2 per cent and 3 per cent, and ended as the top performing stocks on the 30-share index. On the downside, NTPC, PowerGrid, HDFC Bank, ITC, and Nestle settled as top laggards, down up to 1 per cent.


In the broader market, the S&P BSE MidCap index settled 1 per cent higher, while the S&P BSE SmallCap index gained 0.58 per cent.


The rally, however, may not be steep going-forward. According to Amish Shah, India Equity Strategist at Bank of America Securities, there is a limited upside in the Indian equities and the markets will end 2021 with a low single digit gain. He sees Nifty at 15,000 by the end of December 2021.


Sectorally, all except the Nifty FMCG index ended the day in the green on the NSE with the consumer goods’ index closing down 0.16 per cent. On the upside, Nifty IT, Auto, and PSU Bank indices closed with gains of over 2 per cent each.


Among individual counters, Tata Consultancy Services and Tata Elxsi hit their respective new highs on the NSE today, whereas Wipro, Mindtree, Mphasis and Coforge surged up to 5 per cent.


In the auto pack, Tata Motors and tyre stocks were the top gainers on the index. Among the OEMs, Tata Motors hit yet another 28-month high of Rs 278 on the NSE, while Ceat, JK Tyre, MRF, and Apollo Tyres advanced in the range of 4 per cent to 15 per cent.


Meanwhile, in the primary market, the 3-day IPO of IRFC was subscribed 1.13 times till 4 PM on the last day of the issue. On the other hand, the IPO of Indigo Paints got oversubscribed on the very first day with about 1.6 times the subscription till 4 PM.


European rebounded, with the Euro STOXX 600 climbing 0.4%. Indexes in Frankfurt and Paris were both up a similar amount, though London shares were flat.


The buoyant mood mirrored that in Asia, where MSCI’s Asia-Pacific index outside Japan rose 0.8% to its highest ever. Hong Kong’s Hang Seng gained 1% to near its 2019 peak. Australian shares hit a record high.