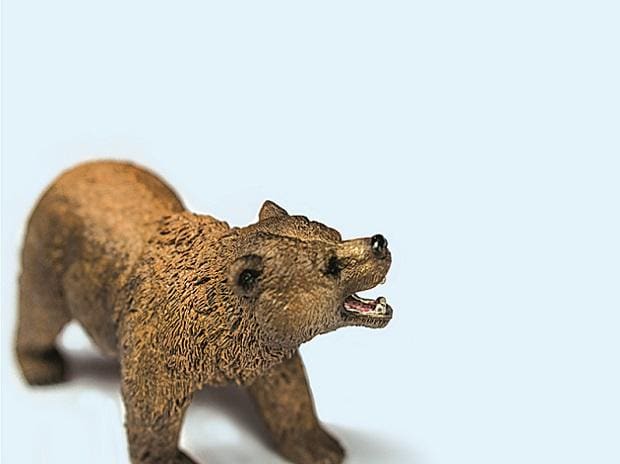 Extending their decline into the fourth straight day on the back of rising bond yield, higher commodity price, disappointing US jobs data, and extended profit-booking, benchmark indices ended the week with over a per cent cut.


That apart, broader markets, too, gave up their winning ways today and ended in the red. The S&P BSE MidCap index underperformed on the BSE and settled 1.7 per cent down today. The SmallCap counterpart, meanwhile, closed 0.7 per cent lower.


Sectorally, none of the indices ended in the green zone. The Nifty PSU bank index ended as the top laggard on the NSE, down 4.7 per cent, after surging nearly 6 per cent each over the past two days. That apart, Nifty Metal, Bank, and Auto indices skid 2 per cent each.


Among individual stocks, shares of IDFC First Bank hit a fresh 52-week high of Rs 63.05, up 9 per cent in the intra-day trade, on the BSE after the bank’s board approved raising up to Rs 3,000 crore. The stock was quoting 7 per cent higher at close.


Shares of Dr Reddy’s Labs, too, bounced back from lows and ended over 2% higher after the company said it has initiated the process with the Drugs Controller General of India for Emergency Use Authorization of Russia’s Covid-19 vaccine candidate, Sputnik V.


In Asia, MSCI world equity benchmark was up 0.1 per cent, MSCI’s broadest index of Asia Pacific shares outside of Japan was down 0.1 per cent, while E-mini futures for the S&P 500 were broadly flat.


Oil futures, too, slipped around 1.5 per cent today with Brent Crude futures last hovering around $63/bbl-mark.


In the cryptocurrency market, Bitcoin closed-in on a market value of $1 trillion. The largest token has added more than $415 billion of value in 2021 to about $956 billion, data compiled by Bloomberg show.