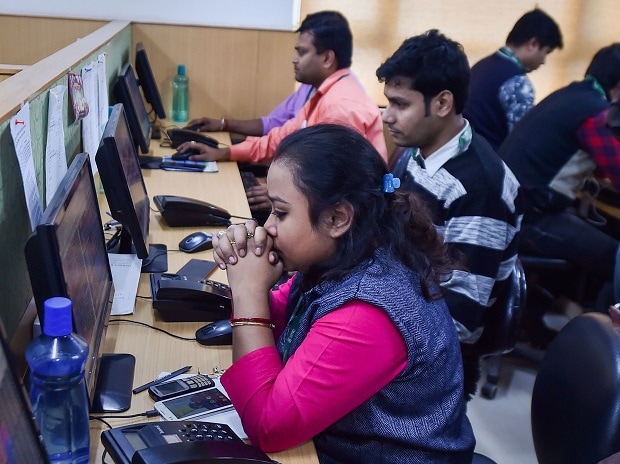 LIVE market updates: The Indian benchmark indices fell over 1 per cent in Friday’s noon deals after spending majority of the session within a range. The volatility index, India VIX, meanwhile rose 5 per cent to 22.7 levels.


The S&P BSE Sensex dipped 500 points to 50,750 levels while the Nifty50 index breached the 15,000-mark to trade around 14,940 levels. State Bank of India, ICICI Bank, Bajaj Auto, and Asian Paints slipped 2 per cent, each, and were the top Sensex laggards, followed by NTPC, Bajaj Auto, and State Bank of India (all down 1%). On the other hand, NTPC and Reliance Industries rose 1 per cent, each.

The Nifty sectoral indices were painted red, with Nifty Auto index, down 3 per cent, bleeding the most.

The broader markets fared worse, with the S&P BSE MidCap and SmallCap indexes tumbling over 2 per cent and 1.2 per cent, respectively.