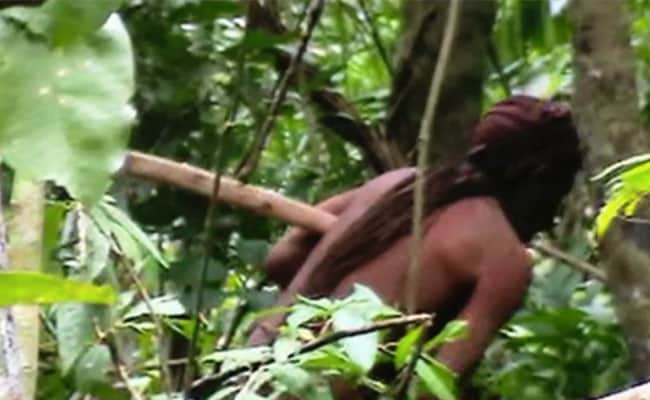 For more than 20 years he lived alone in the Brazilian Amazon eating nuts, fruit and game — a symbol of the struggle of indigenous people who exist in isolation in the rainforest.

Now this man whose very name was unknown is dead, and his passing has made headlines around the world.

His life was marked by massacres that left him as the lone survivor of a small tribe attacked by gunmen apparently hired by ranchers seeking to exploit the pristine Amazon.

He was found dead lying in a hammock on August 23 in Tanaru Indigenous Territory. Authorities found no signs of violence and believe he died of natural causes.

The man was covered in the bright feathers of a bird called the guacamaya, a kind of macaw, local news reports said.

Rife with rogue miners and wood cutters whose work is illegal, it is one of the most dangerous regions of Brazil, according to the Survival International NGP.

The Tanaru land “is like an oasis of green in the sea of destruction,” said NGO director Fiona Watson.

The “man of the hole” was first spotted in 1996 by a documentary team traveling with officials of the National Indian Foundation, a government agency that was probing a massacre committed against his tribe.

Proving the presence of indigenous people in the Tanaru forest area was necessary in order to grant the area legal protection.

The footage was featured in a documentary called “Corumbiara” in 2009.

In it, the man’s eyes are seen peering out from inside a straw hut. A spear pokes out at one point, as if to scare visitors away. But no one utters a word.

Over the years Funai teams came back with representatives of neighboring tribes to try to determine what language the man spoke and learn more about his people.

But he made clear he did not want to engage anyone. Feeling threatened, one time he shot an arrow that left a visiting team member seriously wounded.

“One can only imagine what this man was thinking, going through, living on his own, not able to speak to anybody and I think very frightened because any outsider for him represented a threat, given his terrible experience,” Watson said.

After that, authorities just tried to patrol his territory and look for signs that he was still alive.

In the last known footage of him alive — shot in 2011 but not released until seven years later — he is seen semi-naked cutting down a tree with an axe.

Besides bows and arrows that showed he hunted, there were gardens where he grew fruit and vegetables, such as papaya and manioc.

“We saw one of his gardens and it was full of produce — very beautifully kept,” said Watson who visited the site in 2005.

But what most fascinated researchers were the many holes he dug — some two meters (seven feet) deep and with sharp spears at the bottom.

Funai said officials found 53 places that had been his home in the Tanaru territory, always with the same structure: a small straw hut with one door and a hole.

The holes were used to trap animals but experts think they may also been a place for him to hide from intruders or had some kind of spiritual purpose.

The holes, Watson said, are “a mystery that has died with him,” as is the history of the Tanaru people.

Funai has identified 114 indigenous groups that live in isolation in Brazil’s part of the Amazon.