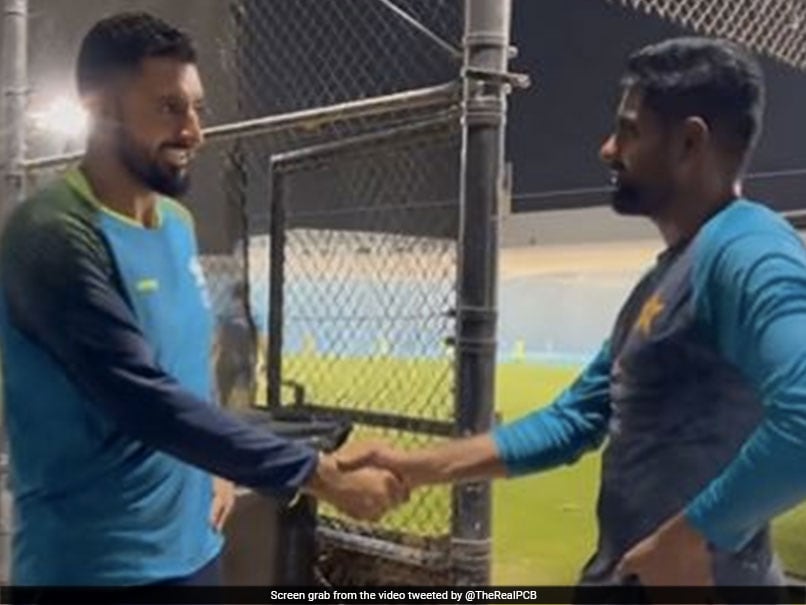 The Asia Cup 2022 will see a crunch clash on Thursday as Pakistan take on Hong Kong in a Group A tie. The winner of the contest will progress to the Super 4 and will face India on Sunday. Both teams had lost their opening matches to India and will be looking to return to winning ways. Ahead of the crucial game, Pakistan captain Babar Azam met with Hong Kong skipper Nizakat Khan on the sidelines of a practice session. Nizakat congratulated Babar on his good form and asked for tips regarding batting. To which Babar replied: “Kya Tip Chahiye?” Then they went to discuss about batting, nature of bat and other stuff which made for an interesting conversation.

In the match between India and Pakistan on Sunday, Hardik produced a special all-round effort as India held nerves to pull off an exciting five-wicket win. Hardik (3/25 in 4 overs) showed his high value under extreme pressure as his well-directed short balls helped India bowl out Pakistan for 147. It should have been straight forward chase but India’s experienced top-three faltered, putting extra pressure on the middle order.

Hardik (33 not out off 17) and Ravindra Jadeja (35 off 29) then shared a 52-run stand to take India on the cusp of a famous win. The star all-rounder’s three fours off Haris Rauf off the 19th over effectively sealed the game for India.

With the team needing 6 off three balls, Hardik finished the game with a six off left-arm spinner Mohammad Nawaz.