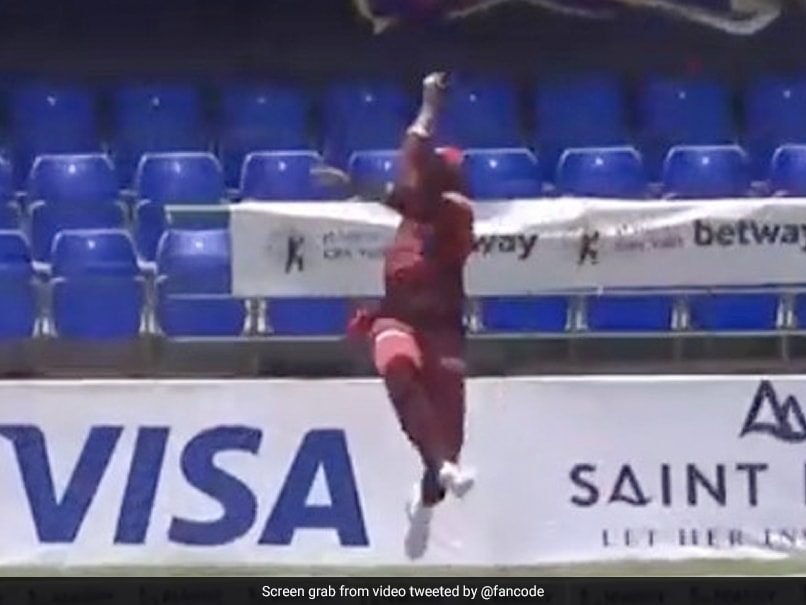 Every cricket fan knows how agile a fielder Kieron Pollard is and the all-rounder has the ability to pluck the ball out of the air. However, Pollard outdid himself in the second match of the ongoing Caribbean Premier League as the Trinbago Knight Riders’ captain took a sensational catch at the boundary ropes to send Alzarri Joseph packing. The former West Indies captain took the catch on the fifth ball of the final over of the innings and it left everyone in awe.

Jayden Seales bowled a delivery on the shortish length and Joseph hit the ball over long-on. Pollard timed his jump perfectly at long-on to take a one-handed stunner. The momentum was taking him over the boundary line but Pollard had the presence of mind to throw the ball up in the air and then come back inside to complete the catch.

WOW. No way did @KieronPollard55 pull that off. Needed every bit of his height and experience for that catch!

Talking about the match, Saint Lucia Kings batted first and the side posted 143/9 in 20 overs. Roshon Primus top-scored with a knock of 38 while for Trinbago Knight Riders, Akeal Hosein returned with four wickets.