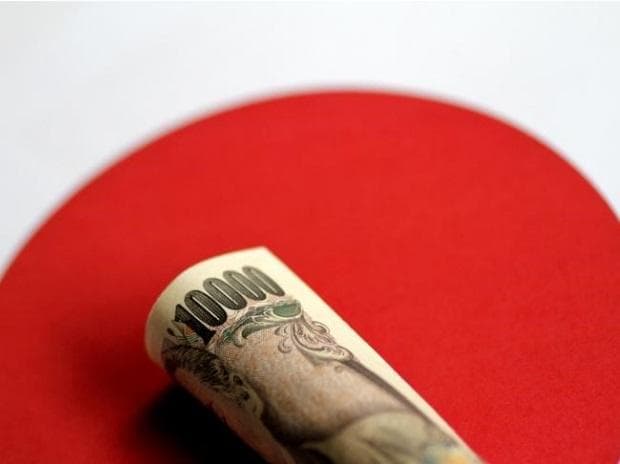 NEW YORK (Reuters) – The Japanese yen hit a seven-month low on the dollar on Thursday as hopes that vaccine distribution and more government stimulus will drive the U.S. economy into a solid rebound lifted the greenback and benchmark Treasury yields.


But the creep up in benchmark yields may weigh on Asian stocks, as wary investors recall last week’s sell-off in government bonds that caused yields to spike, spooking equity markets and causing shares to tumble.


U.S. shares had fallen overnight as investors sold off high-flying technology shares to focus on other sectors likely to benefit from an economic recovery.


Investor focus on an economic rebound was not detracted by data released overnight that showed the U.S. labour market struggling in February, when private payrolls rose less than expected.


Instead, currency investors continued to snap up dollars as they bet on a U.S. economy outshining its peers in the developed world in coming months.


Optimism over the U.S. economy boosted the greenback against a basket of currencies, with the dollar index up 0.28% at 91.062.


“U.S. dollar/yen has been on a one-way trajectory since the start of 2021,” said Joseph Capurso, head of international economics at the Commonwealth Bank of Australia. “The brightening outlook for the world economy is a positive for both U.S. dollar/yen and Australian dollar/yen.”


Against the Australian dollar, the yen traded at 83.09 yen.


In a sign of investors’ bullish bets on the U.S. economy, the U.S. yield curve steepened overnight. The gap between yields on two- and 10-year Treasury notes widened to as much as 135.4 basis points on Wednesday, the most since Feb. 26, when the curve had steepened by the most since 2015.


All eyes will be on Federal Reserve Chairman Jerome Powell, who is set to speak on Thursday at 1705 GMT. Investors will be watching his remarks for signs the central bank is poised to concede the risk of a rapid rise in interest rates.


Oil prices softened early Thursday, after jumping more than 2% overnight, boosted by a huge drop in U.S. fuel inventories and expectations that OPEC+ producers might decide against increasing output when they meet next week.