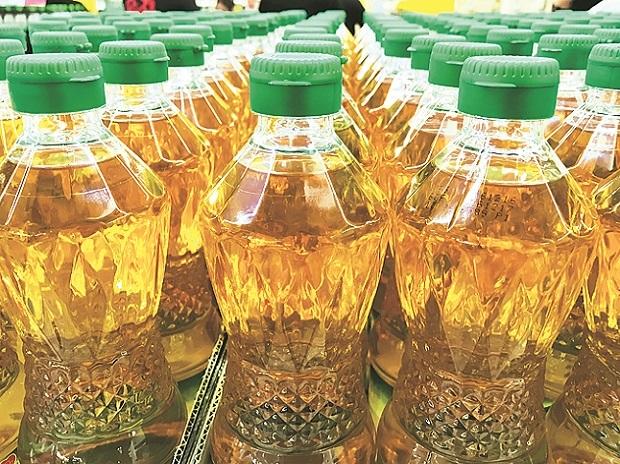 Indonesia – which is home to the world’s third-largest tropical forests but is also its biggest producer of palm oil – has steadily increased the portion in its biodiesel mandate derived from palm oil since 2018 to boost demand.


Looking to also curb costly fuel imports and its planet-heating emissions, the Southeast Asian country raised the “bio” content in its biodiesel to 30% in late 2019 from 20% the year before, with the rest being fossil fuel.


Indonesian President Joko Widodo has targeted biodiesel made entirely out of palm oil, but without setting a firm deadline to roll it out widely, as it would require engines to be modified.


Yuyun Harmono, climate justice campaign manager at the Indonesian Forum for the Environment (WALHI), said no additional land would be used to produce palm oil for biodiesel yet – but that could change in the future, threatening forests further.


“If there is increasing demand for fuel, there will also be an increase in demand for biofuel … of course there is a (deforestation) risk,” he told the Thomson Reuters Foundation.


Indonesia was named as one of the top three countries for rainforest loss in 2019, according to Global Forest Watch, a monitoring service that uses satellite data.


Palm oil – used widely in cosmetics, food products and biofuel around the world – has faced scrutiny from green activists and consumers, who have blamed its production for forest loss, fires and worker exploitation.


In response, the industry’s watchdog, the Roundtable on Sustainable Palm Oil, tightened its rules in late 2018, imposing a ban on clearing forests or converting peatland for oil palm plantations.


WALHI’s Harmono said biodiesel should not be viewed as a substitute for fossil-fuel oil and the use of both must fall, echoing comments by green groups last month which urged Jakarta to be more ambitious in its efforts to cut carbon emissions.


Harmono noted that, since 2018, biodiesel is mandatory to power both privately owned and business vehicles.


“It is only 30% (bio-portion) now but when demand increases, then demand for palm oil is also going to increase,” he added.


Indonesia’s biodiesel production last year used just over 7 million tonnes of palm oil – out of total national output of 41.4 million tonnes – up from about 1.4 million in 2015, according to consultancy LMC International.


“Indonesia’s success at sustaining biodiesel production has been a critical factor in the low stocks and high prices which the industry is enjoying today.”


But a slump in crude oil prices as the coronavirus pandemic hit demand has made Indonesia’s biodiesel programme less economical, while plans to boost the bio-portion to 40% have been delayed.


Despite industry concerns over the cost of Indonesia’s biodiesel policy, which is funded by a palm oil export levy, the government is likely to remain resolute in its use of biofuel to replace diesel imports, McGill added.


Ricky Amukti, of climate change and energy policy advocacy group Traction Energy Asia, said smaller and independent palm oil producers had yet to benefit from the biodiesel programme, due to being squeezed on prices by middlemen and larger growers.


The longer-term goal for biodiesel to be made entirely from palm oil could also increase competition for its procurement for food and cosmetics versus fuel, he added.


“The competition would potentially be detrimental for Indonesia’s remaining forest, notably in Papua, as the need for palm oil would significantly increase,” Amukti said.


Indonesia’s energy minister has estimated that 15 million hectares (37 million acres) of new palm plantations would be needed to meet the nation’s biodiesel goals, according to media reports late last year.


Indonesia’s biodiesel programme is “a serious threat to the rainforests that will be cleared to make way for these new plantations”, warned Gemma Tillack, forest policy director at U.S.-based environmental group Rainforest Action Network (RAN).


In September 2018, the Indonesian president imposed a temporary ban on new permits for palm plantations for three years in a bid to tackle forest fires and protect carbon-storing tropical forests, seen as crucial to the global fight against climate change.


WALHI’s Harmono said this should be extended so that any rise in palm oil demand for biodiesel would have to be met by improving yields rather than from new plantations.


The government also should focus on developing and promoting electric vehicles powered by sustainable energy, he added.


To further reduce the threat of deforestation, Amukti at Traction Energy said biodiesel producers could buy from mills that use fruit grown by smallholders to limit the threat of land conversion and also increase supply chain transparency.


Utilising waste cooking oil – most of which is dumped in sewers – as a complementary component for biodiesel, to reduce the threat of deforestation to plant more oil palm trees, was also possible, he said.


(Reporting by Michael Taylor @MickSTaylor; editing by Megan Rowling. Please credit the Thomson Reuters Foundation, the charitable arm of Thomson Reuters, that covers the lives of people around the world who struggle to live freely or fairly. Visit http://news.trust.org)