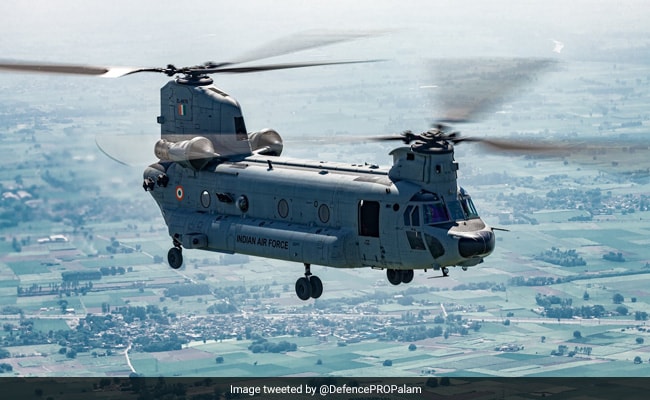 The US-made Chinook helicopters serving in the Indian Air Force are “continuing operations normally”, sources have told NDTV, after the US Army grounded its fleet of workhorse CH-47 Chinooks following engine fire incidents.

The Indian Air Force, or IAF, operates over a dozen twin-rotor Chinooks. They are one of the main airlift aircraft in high-altitude regions such as Ladakh and Siachen Glacier. India received the first batch of Chinooks in February 2019.

The US Army move to ground the helicopters – an icon of US wars from Vietnam to the Middle East – will leave some 400 of the well-armed, heavy-duty Chinooks out of service owing to what engine-maker Honeywell described as “suspect O-rings” used in some of the aircraft that did not meet its specifications, news agency AFP reported.

O-rings are used to block a path, which may otherwise allow a liquid or a gas to escape, similar to a pressure cooker gasket.

“The Army has identified the root cause of fuel leaks that caused a small number of engine fires among an isolated number of H-47 helicopters and is implementing corrective measures to resolve this issue,” US Army spokeswoman Cynthia Smith said.

“While no deaths or injuries occurred, the Army temporarily grounded the H-47 fleet out of an abundance of caution, until those corrective actions are complete,” she said in a statement.

Honeywell said it was not responsible for the problematic “O-rings” but did not identify where they were manufactured or who installed them, AFP reported.

“The US Army and Honeywell were able to validate that none of the questionable O-rings originated or were part of any Honeywell production or Honeywell-overhauled engines,” the company said.