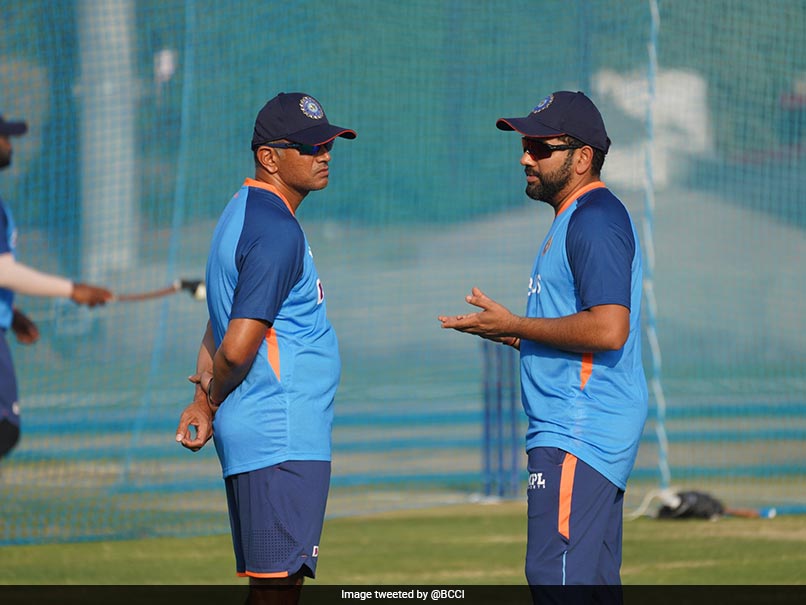 Team India hit the nets on Friday ahead of their Asia Cup Super 4 clash against arch-rivals Pakistan. Both teams had met earlier during the Group stage, with India registering a five-wicket win. Pakistan thrashed Hong Kong by 155 runs to book their place in the next round. The Board of Control for Cricket in India took to Twitter and posted a few pictures from the Rohit Sharma-led side’s net session, which was held under the watchful eyes of head coach Rahul Dravid.

In the pictures posted by the BCCI, Virat Kohli, Suryakumar Yadav and Rishabh Pant were seen batting in the nets, with Rohit and Dravid watching closely.

Getting into the #AsiaCup2022 Super Four groove #TeamIndia pic.twitter.com/VMcyG9ywQ5

“Getting into the #AsiaCup2022 Super Four groove,” BCCI captioned the post.

On Friday, India received a huge blow ahead of the game on Sunday as all-rounder Ravindra Jadeja was ruled out for the remainder of the tournament.

Jadeja, who sustained a right knee injury, is currently being monitored by BCCI’s medical team, and has been replaced by Axar Patel in the India squad.

The 33-year-old featured in both of India’s game in the group stage, against Pakistan and Hong Kong, respectively.

Against Pakistan, Jadeja joint top-scored with a knock of 35, although he went wicketless. In the match against Hong Kong, Jadeja took one wicket, but did not get the chance to bat.