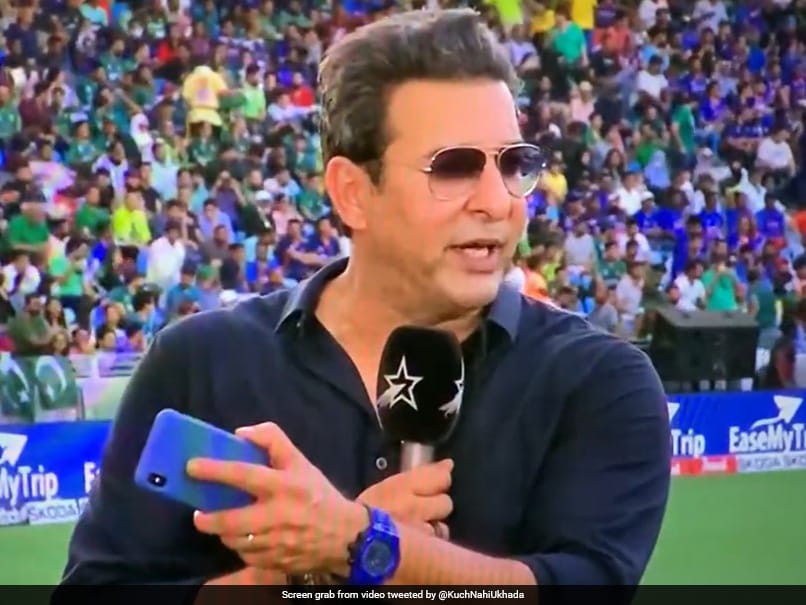 Wasim Akram was at the pitch ahead of the India vs Pakistan Asia Cup match.© Twitter

An error from the broadcasters left Pakistan legend Wasim Akram fuming ahead of the the Asia Cup clash between India and Pakistan in Dubai on Sunday. Former Pakistan captain Akram, who is working as a presenter for the tournament, was stumped when the playing XI presented to him by the broadcasters after the toss did not include pacer Shahnawaz Dahani. Akram said he had spoken to Pakistan batting coach Mohammad Yousuf and he had told him that Dahani was going to play.

The confusion was cleared up and he was given the correct XI, which did include Dahani, but Akram could not contain his anger, criticising the error in “a big game”.

India captain Rohit Sharma won the toss at the Dubai International Stadium and opted to bat.

Bhuvneshwar Kumar gave India an early breakthrough as he got the big wicket of Babar Azam in the 3rd over. Avesh Khan then sent Fakhar Zaman packing in the final over of the Powerplay.

Iftikhar Ahmed came in and played some big shots, but his knock was also brought to an end by Hardik Pandya.

Pandya went on to get the wickets of Mohammad Rizwan and Khushdil Shah in a single over to leave Pakistan in disarray.

He finished his quota of four overs with figures of 3/25.