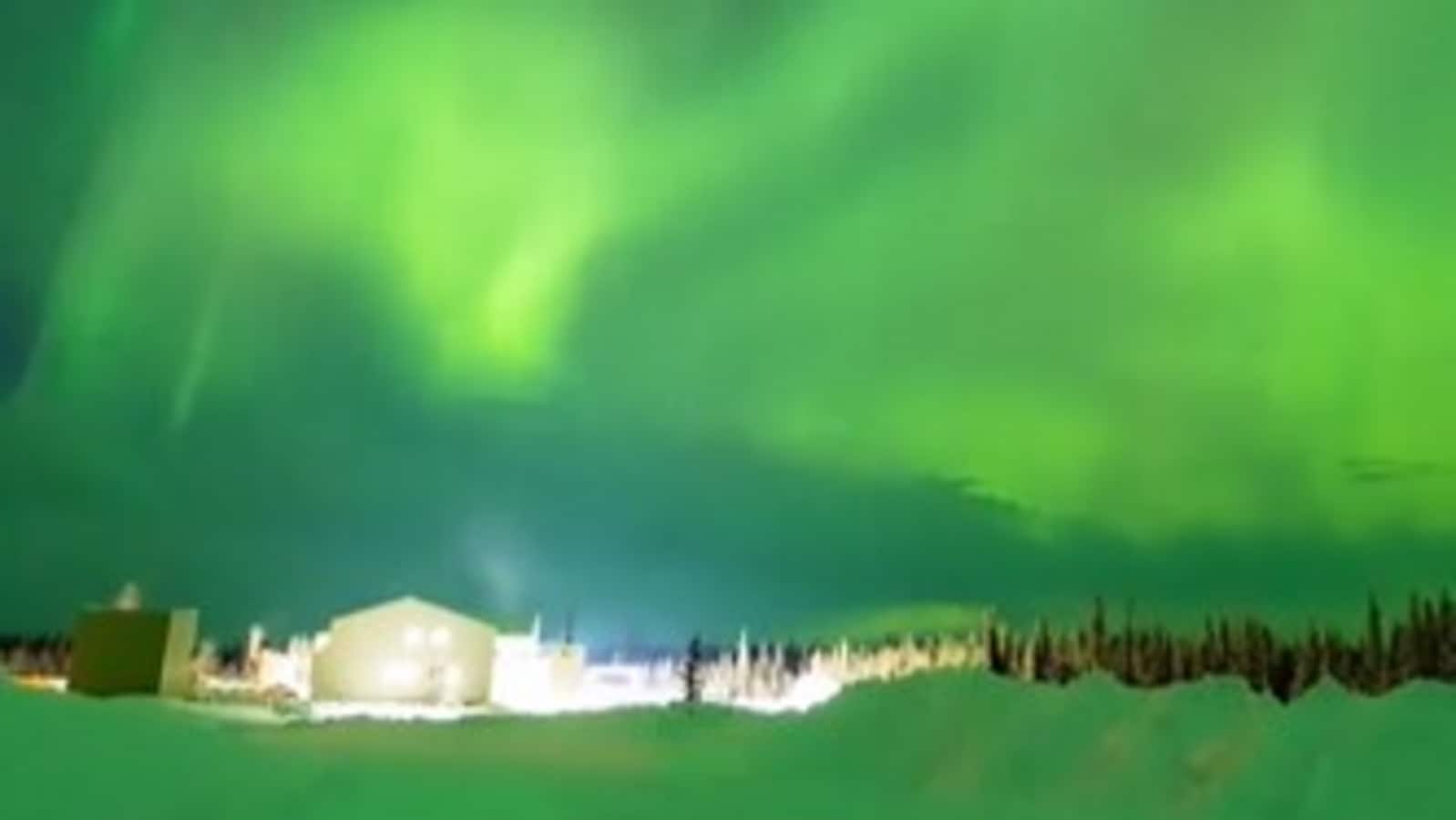 A geomagnetic storm hits the Earth’s atmosphere and sparked a rare aurora explosion that has left the internet stunned. Watch the viral video here.

We have seen several glimpses of auroras in the last couple of weeks after some massive explosions on the Sun sent a solar storm hurtling towards the Earth. When the solar storm hit the Earth’s atmosphere, it sparked a geomagnetic storm that in turn created this awesome and rare aurora. It was of such brilliant hues that it left the internet stunned. The ‘aurora explosion’ video has now gone viral. A user named Vincent Ledvina shared a video on Instagram a couple of days ago which shows a glorious view of an aurora explosion in Alaska, the United States. “Aurora explosion in Alaska! Can’t wait to go back,” he said in the aurora video. Ledvina is known for sharing space weather and green skies videos on a regular basis.

He exclaimed, “This is what I mean when I say the aurora can “explode”. After a countdown starting from three, the video shows an explosion of the aurora filling the sky full of green hues. The reflection of the green light everywhere can be seen making the view even more magnificent.

Ledvina further shared the experience via video captions which explained that the intensity of the aurora was so strong that it overexposed his camera. “It was so green to the naked eye, too. The explosion is actually called a substorm, which is where the aurora brightens for a brief period of time and extends equatorward,” he mentioned. The text further mentioned that Substorms go through three phases: expansion, breakup and recovery.

But let’s come to the basics! How do these mesmerizing auroras form? And how does it exhibit different colours? Know everything here.

How do auroras form?

Auroras are basically the fascinating lights in the sky, which is the aftermath of Geomagnetic storms. NASA explains that Auroras are created when charged particles from the Sun are trapped in Earth’s magnetic environment.