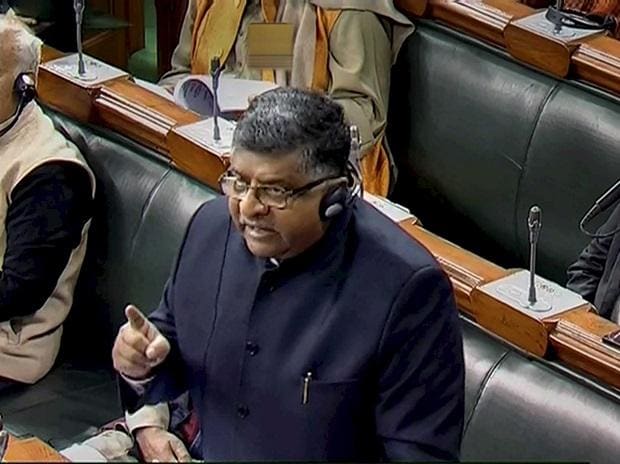 Amid a row with Twitter over blocking of accounts, India on Thursday warned social media platforms of strict action for failure to crack down on inflammatory content, saying they have to fully comply with the country’s law.


A day after his ministry rebuked Twitter for not complying with its orders to take down inflammatory content, Information Technology Minister Ravi Shankar Prasad said social media platforms cannot give differential treatment while handling problems on Capitol Hill and the Red Fort.


The government, he said, was committed to freedom of media and rights of individuals but it was equally concerned about safety, security, and law and order in the country.


“Please don’t spread enmity, violence and misinformation. Please follow the Constitution of India and the law of the land (otherwise we will be very strict),” he said replying to a question in Rajya Sabha.


On Wednesday, his ministry had expressed displeasure at Twitter for failing to remove all of the over 1,100 accounts and posts it alleged spread misinformation about the widespread protests by farmers against new agricultural laws.


“This double standard would not work here,” he said flagging inflammatory content, especially those with the hashtag of Modi planning farmers’ genocide.


The Constitution of India guarantees freedom of speech but Article 19 (2) also says that it is subject to reasonable restrictions because of the “sovereignty and integrity” of India.


Prasad said that while social media platforms have their own self-regulatory mechanism to check and evaluate inflammatory content, that does not mean they will not follow the Indian rules.


Asked about steps taken by the government to check the spread of misinformation on social media, he said “We have recently flagged Twitter” on the issue.


His ministry officials are in talks with Twitter on the issue.


On Wednesday, the government told Twitter’s representatives that the microblogging site has to follow its orders and that it was not a subject matter of negotiation.


The government was riled after Twitter in a public blog post said it has taken down only half of the accounts and posts flagged by the government.


“In keeping with our principles of defending protected speech and freedom of expression, we have not taken any action on accounts that consist of news media entities, journalists, activists, and politicians,” it had said.


“Microblogging companies stand by police when they take action after Capitol Hill of Washington is ransacked. But when there is an attack on Red Fort, which is a sign of our dignity, they oppose (action),” the minister said. “This double standard would not work here.”

He qualified his statement by saying the government respects their good work and the foreign investment they bring into the country.


“We respect your good work. You do business, bring FDI and money but you have to respect the laws and regulations of the country,” the minister said.


Prasad also said his government is committed to the freedom of media and rights of individuals but is also equally concerned about the safety and security of India.


“Our commitment for freedom of media, right of individuals and independence of the judiciary in complete and total. But we are equally concerned about the safety and security of India,” he said.


On the protection of privacy of the individuals of the country on social media, he said the government is working on new guidelines.


Gaps will be addressed when new guidelines will come, he said. “Work is in progress.”


The social media platforms need to access unbidden exposure to such content against their own internal guidelines, he said.


BJP member Vinay Sahasrabuddhe wanted to know whether the microblogging and social media companies could be covered under the laws of the Press Council of India and FDI laws would be applicable to them.


According to Sahasrabuddhe, theParliamentary Standing Committee on Information technology has already recommended this.


Prasad replied saying “I am aware of the recommendations of that standing committee. I along with (Prakash) Javadedkar (Minister of Information & Broadcasting) are revisiting the guidelines. When it takes final shape, we would inform the House.