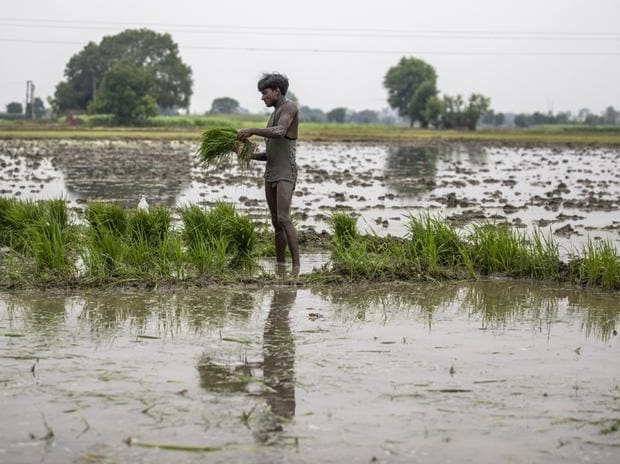 Shares of fertiliser companies extended their winning streak at the bourses amid a broad-based rally in the markets on Monday. Most of the stocks from the sector were outperforming today even as they have surged up to 68 per cent on the BSE over the past one week.


Sentiment turned optimistic in the sector after rating agency ICRA reaffirmed credit ratings of the Rashtriya Chemicals and Fertilizers (RCF’s) instruments and revised outlook to ‘positive’ from ‘stable’.


The revision in RCF’s outlook to ‘Positive’ factors in the disbursal of additional subsidy announced under the Atmanirbhar Bharat Package 3.0 for the fertilizer sector which is expected to reduce the subsidy arrears of RCF which would, in turn, lead to decline in short-term borrowings and interest costs and consequently, strengthen the debt coverage metrics, ICRA said in rating rationale.


National Fertilizers, on the other hand, was locked in the 20 per cent upper circuit, at Rs 63.70 today, on the back of heavy volumes. The stock of the state-owned company has skyrocketed 68 per cent in the past one week. Trading volumes on the counter jumped an over four-fold with nearly 22 million equity shares having changed hands on the BSE and NSE till 10:54 am.


Meanwhile, the government’s focus on agri-economy continued in the Union Budget for FY2021-22 giving further impetus to the sector. “The Centre has increased allocation towards agri-credit to Rs 16.5 trillion, doubling of the allocation towards micro-irrigation funds and integration of another 1000 mandis with e-NAM. GoI has also raised the customs duty on Cotton to 10 per cent, from nil earlier which will lead to higher realizations for the farmers,” Varun Gogia, senior analyst at ICRA said in a Budget review report.


In line with the announcement under Atmanirbhar Bharat 3.0, the government has provided for the additional subsidy under Union Budget to the extent of around Rs 62,000 crore which will lead to clearance of the subsidy backlog for the sector. That said, the budgetary allocation for the subsidy for the fertilizer sector for FY2021-22 is around Rs 79,530 crore which, as per ICRA estimates, is inadequate to meet the sector’s requirement which they peg at around Rs 90,000 crore to Rs 100,000 crore.


“A steep decline in the subsidy allocation for the non-urea fertilisers for FY2022 could lead to cash flow mismatches for the non-urea manufacturers. Thus, by the end of FY2022 we could witness rebuilding of the subsidy backlog in absence of additional allocation during the course of the year. GoI’s decision to put an Agricultural Infrastructure and Development Cess of 5 per cent on the sale of urea, MOP and DAP will be partially neutral for the consumers as the GoI has also removed custom duty on import of these fertilizers,” Gogia said.