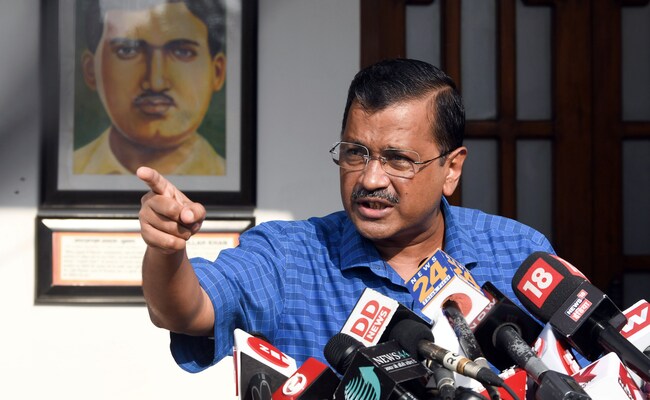 Arvind Kejriwal will bring the confidence motion in Delhi assembly at 11 am. (File)

Delhi Chief Minister Arvind Kejriwal today initiated a vote of confidence in the Delhi assembly to prove that all Aam Aadmi Party (AAP) MLAs are with him. This comes amid his claims that the BJP has been trying to break his party to make his government collapse. He’s set to bring the confidence motion at 11 am.

Here are the Live Updates on Delhi Trust Vote:

Get NDTV UpdatesTurn on notifications to receive alerts as this story develops.

Delhi Assembly Adjourned Till 2:15 PM Amid Ruckus
The Delhi assembly has been adjourned till 2:15 pm amid ruckus after Chief Minister Arvind Kejriwal sought a majority test to prove all his party’s MLAs are supporting him.

Delhi Assembly LIVE: Arvind Kejriwal Slams BJP On Operation Lotus
“They are not using the taxes for your development. They are putting in the pockets of their arabpati friends Why is fuel becoming expensive. Cost falls across the world, but it rises in India.This money goes to Operation Lotus. They are giving 20 crore to MLAs to leave AAP and join BJP,” Delhi Chief Minister Arvind Kejriwal said.

Arvind Kejriwal Slams Centre Over Inflation, GST
“People are worried with inflation across the country. They have stopped buying vegetables for one meal a day, and eating rotis with salt. People think inflation happens automatically. But no, it is because the Centre is imposing taxes on everything – curd, lassi, etc. This never happened before. Even the British never imposed taxes on food items. They imposed taxes on even Garba dance,” said Arvind Kejriwal in Delhi assembly.

Ruckus In Delhi Assembly Ahead of Trust Vote
Ruckus erupted in Delhi assembly ahead of Chief Minster Arvind Kejriwal calling for a majority test.