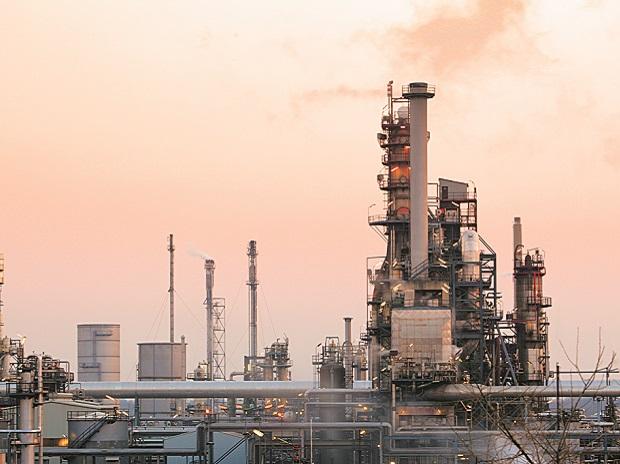 Shares of Deepak Nitrite have held out against the market volatility over the past two weeks. As against a per cent decline in the frontline S&P BSE Sensex, the stock has jumped nearly 23 per cent during the period.


Over the past six months, the stock has clocked a massive 135 per cent rally compared with a 27 per cent gain in the Sensex index. And analysts see more upside to the rally.


“We believe Deepak Nitrite’s stellar stock performance over the past two years has been driven by the firm’s proactive strategy of pushing for ‘Make In India’, even before the formal policy was instituted by the government by consistently tapping into growth opportunities including import substitution avenues,” says Suvarna Joshi, senior research analyst at Axis Securities.

Deepak Nitrite’s this import substitution strategy got an unexpected shot in the arm on Thursday when the government announced to extend anti-dumping duty on phenol originating from or exported from the European Union and Singapore till June 7, 2021.


Being one of the key producers of phenol and acetone, the development is set to fuel the stock rally further, believe analysts.


“Deepak Nitrite has been the largest producer of phenol and acetone in India since 2018 and is one of the leading producer of sodium nitrite and sodium nitrate. The Phenolics segment, operating at 100 per cent capacity and includes products like phenol, acetone, and isopropyl alcohol, generates nearly 60 per cent of the firm’s revenues. Given this, the latest anti-dumping measure is positive for the firm,” said an analyst at a domestic brokerage who didn’t wish to be identified.


Deepak Nitrite produces 200ktpa of phenol and 120ktpa of its co-product acetone and 2,600ktpa of cumene. This plant is eight times larger than all existing facilities in India. “The company substituted majority of the local market imports of Phenol and Acetone, attaining a market share of around 65 per cent in the country,” HDFC Securities said in a report dated February 11.


The brokerage expects Deepak Phenolics revenue to grow from Rs 2,000 crore in FY20 to Rs 3,100 crore in FY23 with Ebit jumping three-fold to Rs 550 crore over the same period. During the October-December quarter, the company’s phenolics business grew 40 per cent year-on-year.


Gaurav Garg, head of research at CapitalVia Global Research, meanwhile, highlights that Deepak Nitrite’s 38 per cent YoY growth in net profit and 9 per cent increase in revenues in Q3FY21 was majorly driven by the increased volumes and higher efficiency in plant operations of the phenolics business.


The management, in an analysts’ call, said it would invest Rs 200-300 crore to expand the capacity of this business.


Joshi of Axis Securities opines that following an environmental crackdown on Chinese chemical companies and proven technological advantage of Indian companies over Chinese and competitive cost structures of India specialty companies, there has been a shift in strategy of supply chains by several global players to a ‘China Plus One Strategy’.


“The structure of China’s chemical industry is changing due to stricter environment norms, trade conflicts with the US, etc. While these shifts spell uncertainty, they can create opportunities for Indian chemical companies in certain value chains and segments, especially in the short term,” McKinsey & Company said in a report.


“This and Deepak Nitrite’s vertical integration across all its products, makes it a more sustainable supplier compared to most others, while also giving rise to better resilience in margins, Joshi says.


She adds: While the stock is not under our coverage, we do think investors with a long term horizon can accumulate the stock on dips as the Indian Chemical Industry is at an inflexion point.


With demand in India improving as businesses return to pre-Covid-19 levels, favourable government policies, and a huge export opportunity, ICICI Securities expects the industry to grow on a compound annual rate of 12 per cent and reach $65 billion by FY25, from the current $32 billion.


India is the sixth-largest chemicals producer with estimated market size of $180 billion in 2018. A 10 per cent shift of China’s chemicals business to India will see India’s global market share double from the current 3 per cent, says Nilesh Ghuge, analyst at HDFC Securities.


Given the strong fundamentals and recent development, one can expect further upside of 20 per cent in the near-term, Garg of CapitalVia .