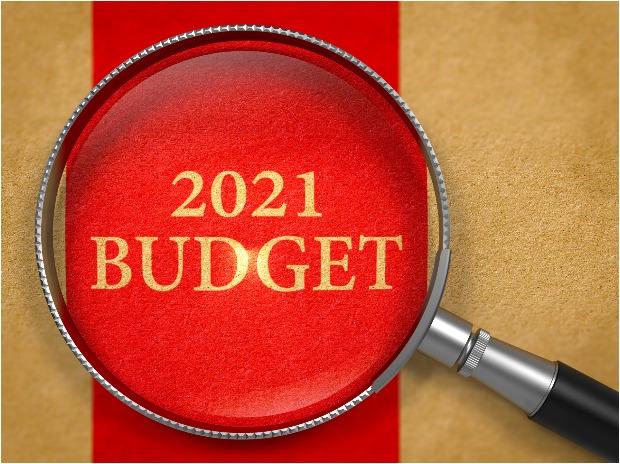 After a stupendous rally that has seen the S&P BSE Sensex more than double from March 2020 low and hit 50,000 mark, markets are now eyeing the upcoming proposals in the Union Budget – scheduled to be presented in February 01 – that can help revive Covid-19 impacted economy and lift the fortunes of Corporate India as well.


While most experts suggest the government loosen its purse strings and not worry about the fiscal deficit in a pandemic impacted year, it will be a tightrope walk for the government to increase spending without going overboard. Growth and not fiscal prudence, experts say, should be the priority for the government now.


Here’s what leading brokerages expect from the government.


We project tax revenue growth of 20 per cent YoY to Rs 22.8tn in the coming fiscal year with the fiscal deficit (centre) declining by 1.2 percentage point (ppt) to 5.5 per cent of GDP in FY22.


While the government appears to be willing to spend now, Rs 4.2 trillion of extra spending may be difficult to execute. It may choose to be conservative on gross domestic product (GDP) growth assumptions (say 13 per cent), and also target a lower deficit (5.2 per cent), which would imply 13 per cent total expenditure growth. In this scenario, spending on residual heads could be 40 per cent higher than in FY20, but the absolute increase a more reasonable Rs 2.5 trillion. May see a jump in healthcare spend. Additional spend on urban housing can boost urban low-skilled jobs: lack of policy tools to support the urban poor is another lacuna that needs attention. The government may also undertake financial sector reforms.


Expect the central government to propose a fiscal deficit of Rs 12.2 trillion, or 5.5 per cent of GDP, in FY22, which we estimate would allow the government to raise spending to over Rs 34.7 trillion. The government is likely to undershoot its target of Rs 1.3 trillion from communication services by possibly as much as Rs 900 billion. Divestment will be restarted next year with the target for proceeds likely to be set at close to Rs 2 trillion for FY22.


Focus of the budget and off-balance-sheet outlays could be a larger allocation to the national infrastructure pipeline via public / private partnerships. Defense and healthcare sectors could also receive significant increases in budgetary allocation. The government will seek to strengthen its military capabilities in light of recent skirmishes with China. Accounting for the incremental spending and the revenue shortfall, we estimate that the consolidated state and central government deficit will reach 14 per cent of GDP – with off-balance-sheet liabilities reaching 1.3 per cent of GDP, a level that is likely to raise questions about sustainability.


The government will spend 1.8 per cent of GDP on pandemic support measures in FY21. Measures such as increased outlay for the universal employment guarantee programme, capital spending, higher fertiliser spend, affordable housing, which will probably amount to around 0.9 per cent of GDP, are likely to continue in the FY22 budget. Add to this the first installment of the newly introduced Production-Linked Incentive (PLI) Scheme for manufacturing firms (around 0.8 per cent of GDP to be spent over five years), and almost 1 per cent of GDP worth of spending from measures introduced in FY21 are likely to feature in the FY22 Budget. The government is likely to retain higher excise duties on fuel products and possibly impose higher sin taxes and a potential Covid-19 cess. Fiscal deficit target likely to be set at 5.3 per cent of GDP in FY22 and expect the government to fund around 70 per cent of the fiscal deficit through net market borrowing (Rs 8.3 trillion in FY22), which suggests gross market borrowing of around Rs 11 trillion in FY22, down from Rs 13.1 trillion in FY21.


Infrastructure development will be the core thesis of government’s efforts to stimulate growth, focusing on railways, defense, and roads. Asset monetisation and disinvestment will offer funding support for infrastructure projects in FY22 and onwards. Expect government to rollback most of the cash/subsidy benefits offered in FY21 during Covid-19 crisis. That said, policy measures and new investment to develop agriculture and allied activity, rural economy and its infrastructure – are here to stay and will gather pace. Recapitalisation of public sector banks (PSBs) to stimulate credit growth and offer fiscal support to Covid-19 hit sectors like hospitality is also expected. Higher allocation will be made to fund Covid-19 vaccination, which can be offset by reduction in sops offered to rural India in FY21.