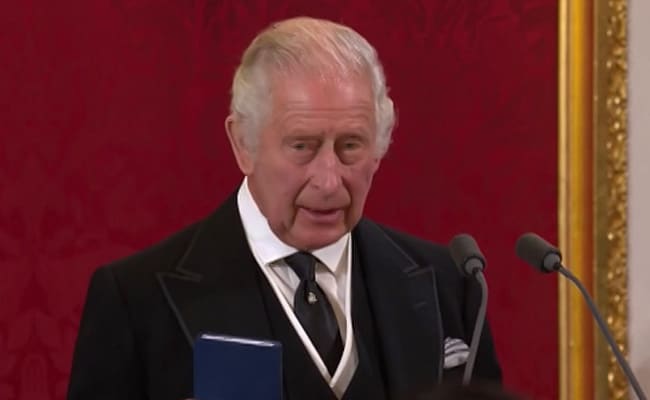 King Charles III practised for the day he would become Britain’s new monarch and Head of State by holding weekly audiences with the Head of Government, former Prime Minister David Cameron revealed on Sunday as he reflected upon the former Prince of Wales’ “longest apprenticeship in history” as the successor to Queen Elizabeth II.

Cameron, who was British Prime Minister between 2010 and 2016, disclosed that during his time at 10 Downing Street he had audiences with the then Prince of Wales so he could prepare for his elevation.

As the new sovereign following the death of his mother on Thursday, 73-year-old King Charles III would be holding weekly audiences with the Prime Minister as a key part of his regular schedule of events.

“I had audiences with Prince Charles when Queen Elizabeth II was on the throne because he wanted to start thinking about how to conduct those audiences,” Cameron told the BBC in an interview.

“From what I saw he will be brilliant at that job. Brilliant at listening, brilliant at asking questions, giving wise advice and sage counsel. This has probably been the longest apprenticeship in history,” he said.

The former Conservative Party leader described the new monarch as a “superb diplomat”, like the late Queen and said he would be a “very worthy successor” in supporting the British government as its new Head of State.

“I saw him in action at Commonwealth Heads of Government meetings and he knows everybody personally, he interacts with them brilliantly,” said Cameron.

“The soft power that the British monarch brings to help a Prime Minister and a government with all those international relations, it was obviously outstanding under Queen Elizabeth II. I think you will see Charles III will be a very worthy successor in that regard,” he said.

Other former British Prime Ministers, who were all present at Charles’ proclamation as King at St. James’s Palace on Saturday, have also been reflecting on the shift in monarchy styles under the new King.

Former Labour Prime Minister Gordon Brown believes King Charles III will streamline the monarchy, along the lines of other European ones.

“I think what Prince Charles has already indicated is that the monarchy is going to be smaller,” Brown told the BBC.

“It’s going to be more like a Scandinavian monarchy in the future but not in a bad way, more in the sense of informal. He stopped before he entered Buckingham Palace to greet people in the crowd and that was a signal he was sending that he wanted people to feel he was approachable and he was not going to be absent from the public or, alternatively, approachable,” he said.

His predecessor as Labour Party leader and Prime Minister, Sir Tony Blair, writes in ‘The Sunday Times’ that King Charles III is an “intelligent, caring and good man” with a strong sense of service.

“Do not imagine for an instant that in the long years past he has not watched, absorbed and thought about what it means to be king. He is well prepared and, I have no doubt, resilient for the task ahead,” he said.

Meanwhile, a number of subtle changes have already taken place with the end of the Elizabethan Age and the new monarch being proclaimed.

Other changes, such as the image used on the nation’s currency, will be a more gradual process as coins and notes with the Queen’s image remain in circulation for at least a few years.