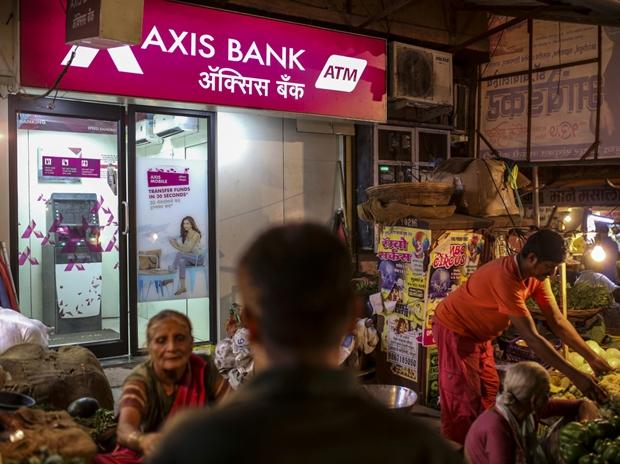 Private lender Axis Bank reported a 36 per cent decline in net profit at Rs 1,117 crore in the December quarter (Q3) of financial year 2020-21 (FY21), compared with Rs 1,757 crore a year ago, due to higher provisions. Reported numbers were below the Street’s estimate of Rs 1,500 crore. Axis Bank stock was the worst performer among the BSE Sensex components, down 4.05 per cent on Wednesday’s trade.


Net interest income (NII) rose 14 per cent year-on-year (YoY) to Rs 7,373 crore, compared with Rs 6,453 crore a year ago. Adjusted for interest reversals, NII would have increased by 19 per cent YoY to Rs 7,985 crore. Other income — which includes fee income, trading income, and miscellaneous income — declined marginally by 0.3 per cent to Rs 3,776 crore in Q3FY21. Net interest margin adjusted for interest reversal stood at 3.59 per cent, similar to the year-ago level.


Axis Bank’s loan book grew by 9 per cent YoY to a little over Rs 6 trillion, including targeted long-term repo operation investments. Retail loan growth came at just about 9 per cent to Rs 3.17 trillion and accounts for 55 per cent of the bank’s total advances. Deposits grew by 11 per cent YoY to Rs 6.54 trillion and the share of low-cost current account – savings account at 42 per cent rose by 232 basis points (bps) YoY.


For yet another quarter, the bank refrained from giving any guidance on growth, though it stated that the run rate for December on the retail book might continue. As for corporate loans, “we are cognizant of the fact that lot of banks are chasing some assets, but we don’t want to price lower to chase growth,” said Amitabh Chaudhry, managing director and chief executive officer, Axis Bank. “We are on a certain journey with respect to NIM and if decisions are only to be based on price, we are happy to let go,” he asserted.


This was the fifth straight quarter of higher provisioning cost. At Rs 4,604.28 crore, provisioning cost for the quarter rose by 33 per cent YoY to Rs 3,470.92 crore, though it was flat sequentially. Loan loss provisioning stood at Rs 1,053 crore, as against Rs 2,962 crore a year ago, whereas Rs 3,899 crore was set aside for accounts that were 90 days past due (DPD), but have not been classified as non-performing assets (NPAs) because of the Supreme Court’s order of a standstill on asset classification. Consequently, cumulative provisions held by the bank totaled to Rs 11,856 crore.


However, not counting for the SC’s stay, proforma gross NPA ratio and net NPA ratios would have stood at 4.55 per cent and 1.19 per cent, respectively. Sequentially, they indicate a rise from 4.28 per cent gross NPA ratio and 1.03 per cent net NPA ratio. Axis Bank’s retail portfolio appears to have been hit the hardest as retail proforma gross NPAs rose to 2.4 per cent, compared with the reported 0.5 per cent in Q3. Stress was visible across portfolios, including in mortgages, because of the bank’s inability to force legal action.


Therefore, while gross slippages appeared marginal in Q3, if considered as per Reserve Bank of India’s income recognition and asset classification (IRAC) norms, slippages would have been Rs 6,736 crore, almost four times larger than Q2’s Rs 1,572 crore and 8 per cent higher than a year-ago level. The bank has stated that roughly 83 per cent of Q3 slippages were from its retail portfolio.


The restructured loans in Q3 stood at Rs 2,709 crore, or just about 0.42 per cent of the gross customer assets, as against the earlier estimate of Rs 11,000 crore in Q2. Only Rs 396 crore loans have been restructured so far.