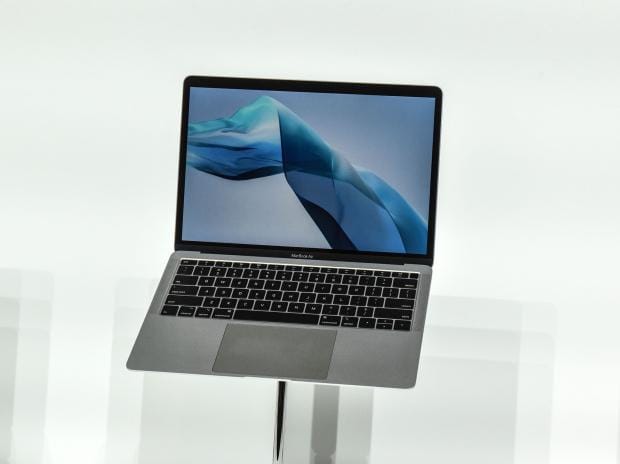 Apple Inc. is working on a thinner and lighter version of the MacBook Air, the company’s mass-market laptop, according to people with knowledge of the matter.


The new computer is planned to be released during the second half of this year at the earliest or in 2022. It will include Apple’s MagSafe charging technology and a next-generation version of the company’s in-house Mac processors. Apple has discussed making the laptop smaller by shrinking the border around the screen, which will remain 13-inches. The current model weighs 2.8 pounds and is just over half an inch at its thickest point.

The company considered building a larger version of the MacBook Air with a 15-inch screen, but Apple isn’t moving forward with this for the next generation, said the people, who asked not to be identified discussing private matters. An Apple spokeswoman declined to comment.


MagSafe, which was removed from the MacBook Air with its 2018 redesign, is a magnetic charging system. That means any accidental yanking of the power cable would simply detach it from the laptop rather than pull down the entire computer. The new model will have a pair of USB 4 ports for connecting external devices.


The new laptop is destined to be a higher-end version of the current MacBook Air, which is expected to remain in the company’s lineup as an entry-level offering. Apple last updated the product in November with its own M1 Mac chip, replacing a processor from Intel Corp.


The Mac is Apple’s oldest product line and has a loyal following. A few years ago, the company was criticized for not updating these computers enough and not paying attention to customer demands. Now, there’s a flood of updates coming. In addition to the new MacBook Air, Apple is planning its biggest update to the MacBook Pro since 2016, the first redesign of the iMac in nearly a decade, a new Intel-based Mac Pro, and a half-sized Mac Pro desktop with in-house chips.


The upcoming MacBook Pro is an example of Apple’s renewed focus on Mac loyalists. The company is planning to bring back an SD card slot for the next MacBook Pros so users can insert memory cards from digital cameras. That feature was removed in 2016, to the consternation of professional photographers and video creators, key segments of the MacBook Pro user base. The heavily criticized Touch Bar, the current model’s touchscreen function row, is also going.


Apple has also developed underlying Mac support for both cellular connectivity — the ability for Macs to connect to the internet via smartphone networks — and Face ID, the company’s facial recognition system. But neither feature appears to be coming soon. To that end, Face ID had originally been planned to arrive in this year’s iMac redesign, but it’s now unlikely to be included in the first iteration of the new design.