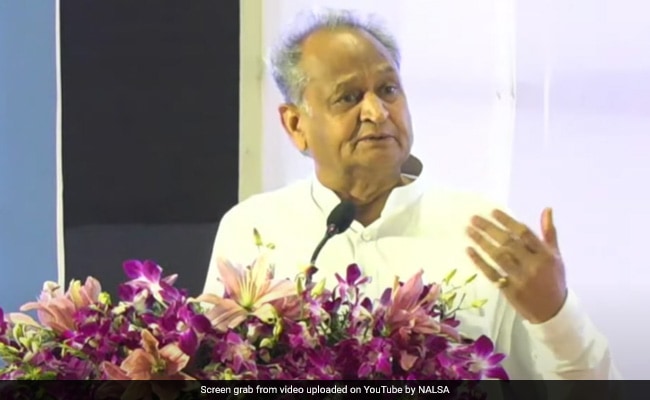 After the NCRB fared Rajasthan among the states with the highest crime rate against women, Chief Minister Ashok Gehlot on Friday said the high numbers were due to compulsory registration of FIRs in every case even though half of them later turned out to be false.

During a programme at the Rajasthan Police Academy here, the chief minister directed the director general of police to take action against those who registered false rape cases in order to discourage such a practice.

According to the National Crime Records Bureau-2021 report, Rajasthan ranks second after Uttar Pradesh in overall crimes against women, while it tops the list in cases of rape. The state is in a comparatively “better position” in terms of safety of minor girls.

Mr Gehlot, however, said the report clearly mentions that ‘rise in crime’ and ‘increase in registration of crime by police’ are “two different things” and asked critics to base their points on facts.

Lauding the state police, Mr Gehlot, who also holds the home portfolio, said people used to hesitate to visit police stations because of the personnel’s attitude towards them, but this drastically changed during his tenure.

“Police stations in Rajasthan now have reception rooms and complainants are treated well,” he said.

“Rajasthan Police is doing a wonderful job. The crime in Rajasthan is very less compared to other states because we have corrected that environment. Earlier, many people did not even go inside the police station thinking it would be insulting. Now, there are reception rooms in the police stations. This is a message in itself,” he told reporters.

“The atmosphere is changing even inside police stations. It is a very revolutionary decision to do a compulsory FIR. These revolutionary steps should be done in every state,” he said.