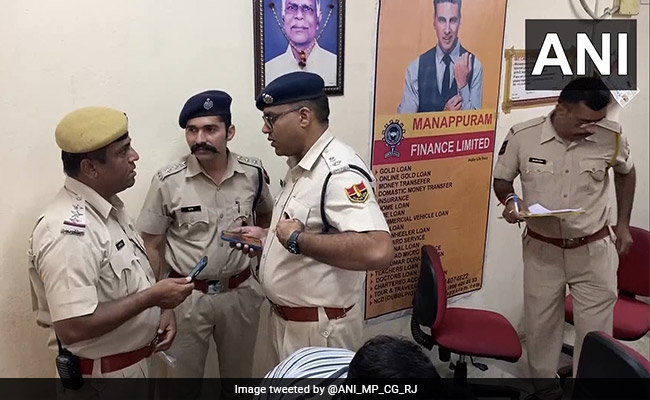 The robbery occurred at Manappuram Finance in Udaipur, police said.

Five bike-borne men robbed around 23 kg of gold and Rs 10 lakh cash at gunpoint from a finance company’s branch in Rajasthan’s Udaipur on Monday, police said.

The incident happened at Manappuram Finance which provides gold loan services, in Sundarwas road, they said.

According to a complaint filed by the bank officials, about 23 kg gold and Rs 10 lakh cash was robbed, Superintendent of Police (Udaipur) Vikas Sharma said.

Later, the bank officials informed police about the incident, they said.

The SP said that barricading has been done on city borders to arrest the accused.